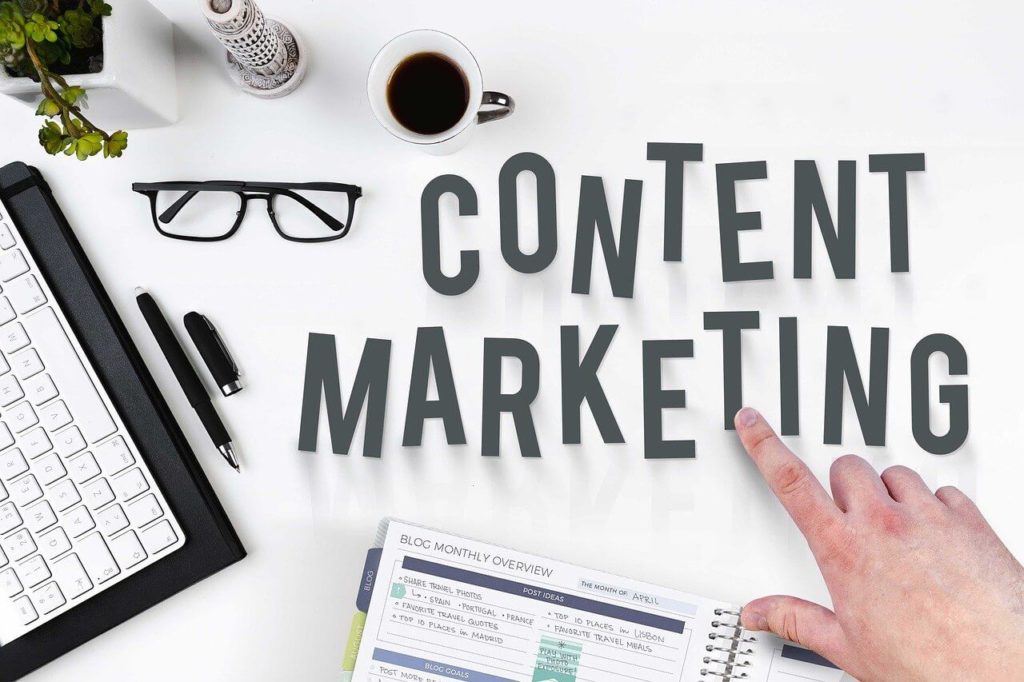 Are you lacking inspiration when it comes to creating new content for your website? Do you feel like you’re just creating the same content over and over? You’re not alone. Zazzle Media has reported that 60% of companies struggle to produce consistent content. Coming up with new and original content regularly can be tough – after all, how many new angles of the same article can you come up with?

Well, we’re here to tell you that there is an abundance of ways to create clever marketing content that doesn’t have to feel stale or dull. Creating content isn’t just about writing killer blog posts – it’s also about creating everything from infographics to social media posts to videos and more. Here are seven clever content marketing examples with amazing results that help you come up with some new ideas and get your creative marketing juices flowing.

GE is a great example of a company that doesn’t seem like it would be very social media friendly and turning it into a fascinating campaign. Looking at GE’s website, you’re not entirely sure what they actually do. Doing minor research, you know that they’re in the aviation, healthcare, and renewable energy game but looking at their social media, they turned what may seem like a non-social media-friendly topic into a full-on social media campaign full of user generated content.

GE asked well-known social media influencers and fans of the business to do what they called the #GEInstaWalk. This involved going on tours of their manufacturing facilities while obviously taking, uploading, and hashtagging photos. Not only are the resulting photos phenomenal but GE’s strong social media campaign has also earned their Instagram account eight million views.

Superdrug is another great example of combining multiple marketing ideas and turning them into a social media campaign. This particular campaign is one that you probably saw yourself. Superdrug decided to ask 18 graphic designers around the world to take the same photo of a model and edit it in Photoshop to reflect their country’s idea of beauty. The results were published on Buzzfeed and Huffington Post which resulted in an explosion of publicity.

In terms of social media itself, this campaign ended with over 1 million shares. And the click through rate? There were 700,000 views to Superdrug’s website in a five-day period.

Buffer chose to do things differently when it came to their blogging strategy. Instead of initially focusing on creating content themselves and publishing it on their website, they enlisted multiple guest bloggers that wrote for Buffer several times per week. The resulting content was published on high visibility websites. This method resulted in Buffer gaining its first 100,000 users.

To this day, Buffer is known to be an incredibly trusted brand – they have nearly 1 million followers across their social media sites, and almost 400,000 users.

Using list-based articles instead of a full-fledged blog post can be an excellent way to find your way in Google’s snippet box.

For example, Washington Post’s “How to Plan for a Road Trip” article made Google’s featured snippet box out of over 362 million results. Not only do list-based articles help you to rank higher in search engines, but they're also great for engagement - 36% of people actually prefer list-based articles to any other type.

Tasty is a wildly popular YouTube channel that focuses on food-related content that centers on recipes. Tasty racks in millions of views per day with a combined 2.8 billion views over the course of three years. Tasty’s YouTube videos are commonly shared on Facebook where you have likely seen them.

Tasty achieved this by combining a few clever video marketing methods – regularly publishing killer content, using creative and eye-catching thumbnails and visual content for their videos, and coming up with a unique way of filming that hadn’t been done before.

That last bit may seem like a tall order but bringing something new and unique to the table when it comes to visual content, even if it’s something really small, can set your brand apart from others.

Toyota Europe’s four-minute YouTube video managed to appear on Google as a suggested clip when searching for “how to install a roof rack” out of over fifteen million results. How did this happen? In addition to having great content, this clip was correctly optimized for SEO so it showed up in search engines as well as YouTube. As a result, the clip reaches a much larger audience. This YouTube video has received over 115,000 views to date when Toyota Europe only has about 30,000 subscribers itself.

Other Real-life Examples of Engaging Content in Marketing Campaigns

Coca Cola’s Share a Coke marketing strategy was a genius move when it came to putting a new spin on a brand that’s been around for 127 years. Not only did adding 150 popular names on Coca Cola bottles increase sales by selling them in stores but they also became a social media sensation. Coca Cola’s campaign was simply to “share a Coke” with those whose names were printed on the bottle.

In the summer that it was released, Coca Cola sold 250 million bottles and cans. Their website now has the option of customizing your bottle for those whose names as not quite as common as those 150 produced. If you’re willing to get creative with your marketing efforts, the possibilities are truly endless. Whether you’re just starting out and trying to grow brand awareness or are a tried and true company like Coca Cola looking to revamp its marketing, there’s nothing you can’t achieve with some creativity and originality.

Content Snare is a software product used by design & marketing agencies to manage the content collection and collaboration process.

Get your free trial here.